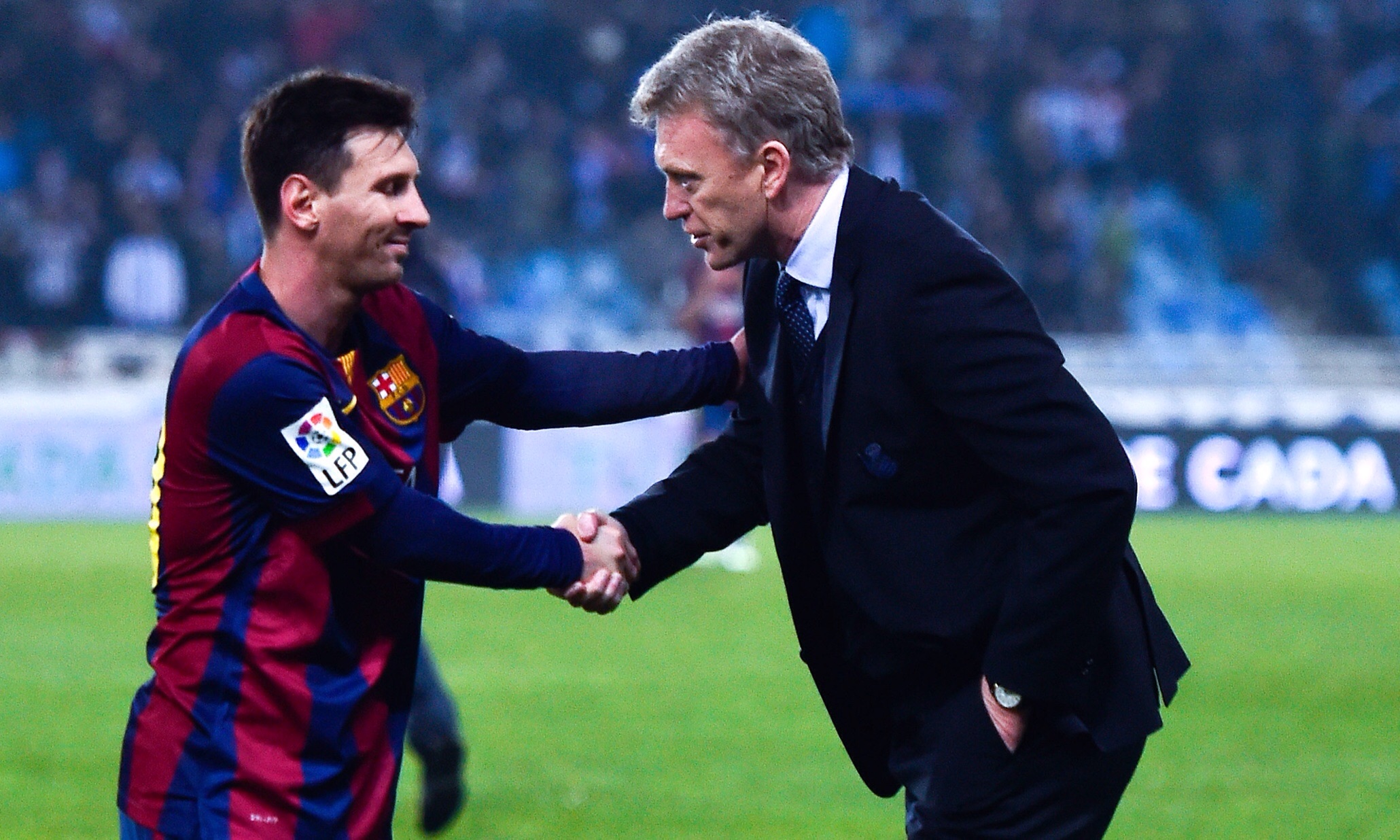 If life as Real Sociedad boss had begun timidly and unspectacularly for David Moyes, victory over Barcelona may act as the catalyst at this crossroads in the Scot’s managerial career.

Moyes’ brief tenure as Manchester United manager had turned him into a figure of ridicule and the butt of many a social media mocking meme; but this was a reminder to the doubters and hecklers (and perhaps Moyes himself) that his ability to work with limited resources and upset the odds ought not to be undervalued.

It must be noted that Barcelona weren’t great, of course.

Coach Luis Enrique left Lionel Messi, Neymar, Gerard Pique and Dani Alves on the bench and probably soon wished that he hadn’t (bringing on Messi, Neymar and Alves in the second period).

But that isn’t a slight on the performance of Moyes’ Soceidad. Aggressive and intense from the first whistle, it was already clear to see how Moyes is beginning to put his mark on the Basque outfit.

The home side’s early pressure brought them reward almost immediately thanks to a Jordi Alba own goal but this wasn’t a typical backs to the wall display (at least not until the final moments of the game).

Moyes’ team were compact, disciplined and hard-working in a 4-4-1-1/4-4-2 system where – despite the obvious language barrier – it was clear that both individually and collectively; the Sociedad players were already buying into Moyes’ philosophy.

An endeavour typified by the running and cuteness of Uruguyan Chori Castro who caused the Barcelona defence problems throughout – most notably the cumbersome Jeremy Mathieu who was lucky not to see red for getting too close to the youngster.

Even when Messi was introduced for the second 45, Sociedad were quick to hunt down the mesmeric Argentine as if they had been briefed for his likely appearance.

There were some openings for Barcelona – not least when Luis Suarez went through but failed to round keeper Rulli – but this was a derserved Sociedad victory. Their third in four seasons against the Catalan giants.

It may only be early in his Spanish reign and this is only one game but a win over a star-studded Barcelona means Moyes might just be taken seriously again.