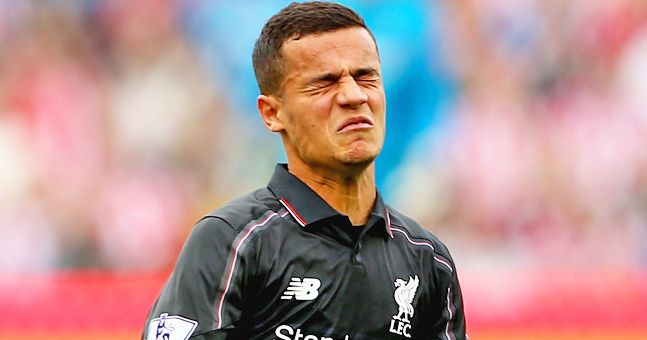 Phil Coutinho has nobody to blame but himself

(Disclaimer: Ok, so the last post on here was November 9, 2016. As a result, there’s a good chance I’ve lost all capabilities as a writer. For that, I apologise for the below in advance.

To the people who say I could never write in the first place, I say “fuck you”.)

So Phil Coutinho wants out of Liverpool to join Barcelona in order to further his career but Liverpool won’t let him go with a third bid now rejected in the region of £114m for the Brazilian.

Poor Phil. Why are Liverpool holding him back?

See, Coutinho signed a five-year deal with Liverpool in January 2017. The deal did not include any release clause, nor did it specify if “X” club approaches him sometime in the future would Liverpool have to listen to the offer.

By committing to a further five years, Coutinho has handed the destination of his future to Liverpool. If Liverpool don’t want to sell him they are under no obligation to do so. And for Liverpool and Jurgen Klopp why would they jeopardise the short-term success of the club by flogging their best player?

It makes no sense. When has that strategy ever worked?* Even if the money is insane.

(*I’m open to some smart arse in the comments proving me wrong here.)

Liverpool sold Luis Suarez and the popular belief was that by bringing in 4-5 “solid” replacements the difference could be made up. It didn’t happen and they ended up with Rickie Lambert, Mario Balotelli and Lazar Markovic.

Spurs, likewise, sold Gareth Bale and thought that signing seven players to the fill the gap could make them stronger. It didn’t – until Pochettino got rid of them all.

Only if a club can keep hold of their best players and add to what they have will they become stronger. Removing your best players will make you weaker. You don’t have to be Michael Cox to figure that one out.

And as such, it seems Liverpool are remaining firm in their stance*. And good on them for protecting their own interests.

(*This could all go tits up if he ends up going, then this blog post is pretty much redundant.)

There’s always been whispers that Barcelona would one day come in for Coutinho. The player would have been aware of that. He had an opportunity to pursue a release clause in his last deal, but didn’t. Further still, he didn’t have to sign a new deal at all. Though I’m sure the £150,000-a-week pay cheque had something to do with it.

The point is that Coutinho has put himself into this position. The position that Liverpool have every right to play hard ball and reject Barcelona’s advances.

Poor Phil? Sorry mate, but it’s your own fault.