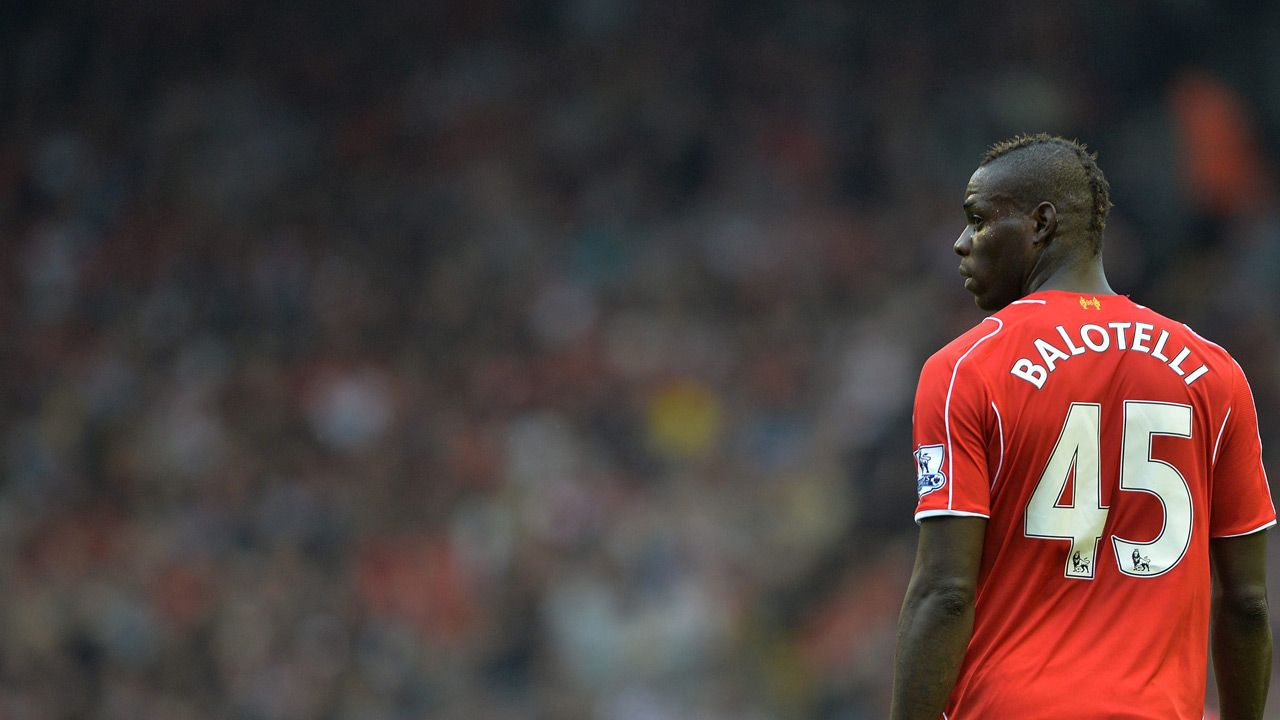 (*Footballers swapping shirts at half-time, that’s a new one, right?)

Mario Balotelli is a waste of space. 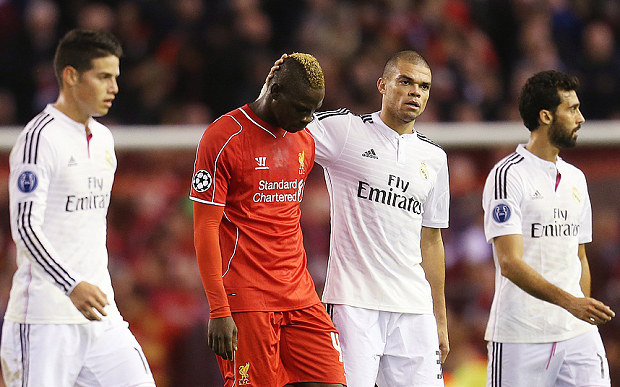 But has anyone really stopped to consider whether this is actually all Balotelli’s fault or should Liverpool – and manager Brendan Rodgers – be taking the flack for the club’s faltering start to the season culminating in a comprehensive 0-3 home defeat to Real Madrid?

Let’s be clear. Here are some deficiencies that certainly aren’t Mario Balotelli’s fault.

– The sale of Luis Suarez to Barcelona

– Glen Johnson’s regression every time he enters a football field

What I’m getting at here is that Liverpool right now isn’t just one singular problem. There are a combination of factors that contribute to the team’s lacklustre form.

Balotelli, of course, is one of those on-going issues. But is it Balotelli’s fault that he has been thrust into a unit that isn’t functioning as it should?

Rodgers and Liverpool knew exactly what they were getting with Balotelli.

A languid football player. He plays the game at his own pace. Is that a criticism of the player? Not necessarily. Different players have different styles. Not everyone can run round like Jordan Henderson for 90 minutes. It’s just not in their make-up. It’s certainly not in Balotelli’s make-up and that definitely won’t change overnight – no matter how much coaching.

In the long-term, who knows, Balotelli may adapt his game accordingly and provide the front press that Liverpool’s success was built on last season.

However, in the meantime, it makes his signing all the more bewildering. If Rodgers wanted to play in a similar fashion to how his side operated over the course of 2013/14 then why pay out for a player who doesn’t have those credentials?

While nobody could accuse the boyhood Red of lacking heart, in many ways his mobility (or lack of) is similar to the problematic Balotelli. And then there’s Divock Origi – a player it seems with a more suitable profile to fit the Liverpool model of last term. Yet, his loan period with Lille dictates that Liverpool are left criminally short of centre-forwards who can perform the way Rodgers wants to.

Edinson Cavani and Radamel Falcao were both rumoured to be earmarked as summer targets but after futile pursuits, it appears more and more likely that Balotelli’s signing was simply a case of “needs must”. A name on a list. A list that contained much more appropriate candidates.

Rodgers, after all, had already categorically ruled out Balotelli’s signature just previous to his arrival.

Lest we forget, Balotelli is a headline act. His return to England highlights the press’ obsession with scrutinising a footballer who represents a break from the run-of-the-mill mundane and sound-bite happy professional.

Being brought off at half-time and swapping shirts with an opponent isn’t likely to help your cause but it does offer a deflection for the problems Liverpool have as a collective right now.

Maybe Mario and Liverpool won’t work out as much as romanticists would love it to.